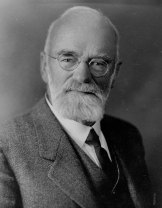 Warren Manning is not a very familiar name to everyone, let alone those that are reading our engagements in Digital History or those who aren’t knowledgeable of the “City Beautiful Movement” in Harrisburg. Although that may be true, to those that are writing the history of this city,  he matters quite a bit.

Warren Manning, a student of Fredrick Law Olmstead, was called upon by the Municipal League’s Secretary, J. Horace McFarland. Manning, a landscape architect, was the nation’s best when it came to landscape design. The Municipal League under the direction of Mayor Vance McCormick had been promoting the “Awakening of Harrisburg.” Prior to becoming Secretary, Horace and Manning were friends involved in the “Conservationist Movement,” which gave Horace connections to Manning’s landscaping gifts. With Horace’s push, Manning wasted no time in beginning to develop and articulate ideas to improve the City of Harrisburg.

In 1901, Manning was given the opportunity to see the potential in one of the areas that the Municipal League had brought to him. The League had chosen Wetzel’s Swamp, which was north of Harrisburg, to be the first project for Manning. Manning saw this 969 acres of back country to be the forerunner to park systems in Pennsylvania. Though the project to renovate Wetzel’s Swamp into a more scenic attraction for Harrisburg was in full steam, it never fulfilled Manning’s satisfaction of what he wanted to contribute to Harrisburg’s park system. Wetzel’s Swamp was changed into Wildwood Park. It was ultimately forgotten about due to the expense and the distance it was from the City of Harrisburg. Wildwood Park soon became a dumping ground for trash during the twentieth century although it has since been reconstructed.

Manning was again called upon for help six years later. McFarland asked Manning to take 132 acres of land east of Harrisburg and transform it into a “Landscaped Suburb.” Mr. Manning took that strip and made it Bellevue Park. The suburb created in Harrisburg was evidence to those who lived in and outside of the city that beautification could be accomplished. Bellevue Park became the model of historical landscapes that Manning would complete while he worked for McFarland in Harrisburg.