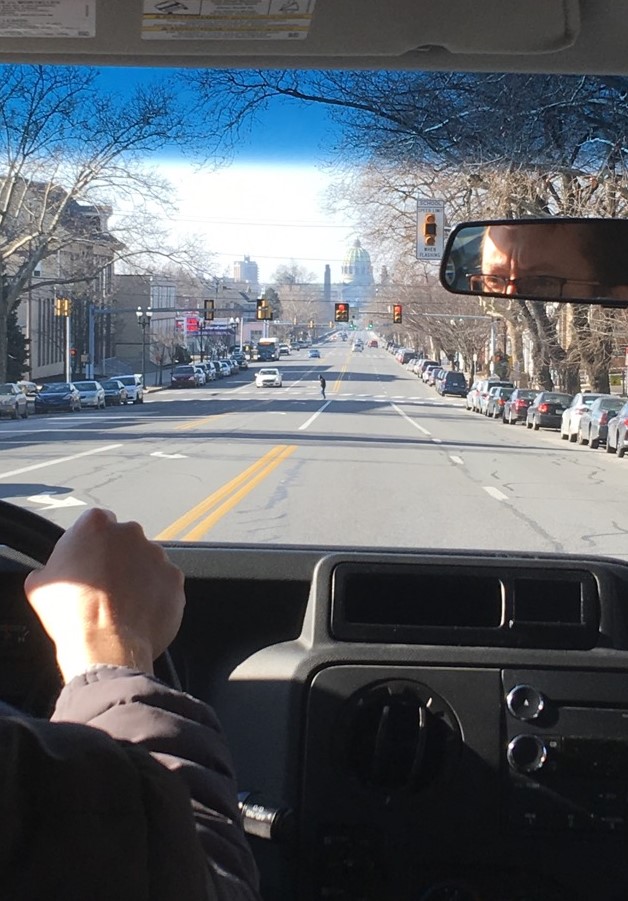 This past month I learned a lot about the field of digital history; that it has so much application to the field of history and how it is constantly expanding. I appreciated my small class size, and in turn the high amount of personal instruction I received from my professor. I was exposed to a myriad of different programs to catalog research materials, sort my research data, and publish my findings. Zotero, Omeka, and WordPress are a few that I highly recommend for anyone who will be doing any sort of historical research in the future.

Reflecting on my final project, I had the opportunity to rethink the City Beautiful Movement after everything I learned over the course of the month. I looked at Mira Dock, and the impact she had on the City Beautiful Movement. For those who don’t know anything about her, she was a Harrisburg native botanist, conservationist, writer, and activist. She gave an impassioned speech in 1900 that kick started the City Beautiful Movement in Harrisburg. The most shocking thing I learned during my research was that she wasn’t really involved in the Movement after her first few efforts. The Movement was a springboard for her career; she became a member of the Pennsylvania Forestry Commission, the first women to hold a government position in Pennsylvania. She would go on to help secure land across the state for conservation efforts. She ultimately ended up doing more for the causes she cared about than she ever would have if she had stayed in Harrisburg. For being a native of Harrisburg, I did not think she would leave the town she campaigned for restlessly. But she was able to give a voice, and a face, to the City Beautiful Movement, and that has lived on longer than her famous speech has.

For me personally, the best part of coming to that conclusion was that I had the ability to analyze her personal collection in the Pennsylvania State Archives. It was truly breathtaking to hold the papers of a woman who not only lived 100 years ago, but had such a profound impact on her community. Having the opportunity to go to the Internet and publish my findings has been such a great opportunity as well.

The intersection of History and Digital History is a powerful one- to take the archive and bring it to your kitchen table or office is a truly remarkable thing. That being said, the fact I have done all the work of “digging” for the information I found is something that is lost in the digital world. Having a screen and words in front of my readers doesn’t really capture the effort I took into bringing the City Beautiful Movement to life on the Web. More importantly, it doesn’t replicate the experience of holding history in my hands. In terms of actual knowledge that we can acquire from the intersection of History and Digital History, our resources are growing exponentially. In terms of experience, our ability to visit living history sites and visit archives is limited to where we are in the world.

But that’s what I think made this class special, we were able to experience, hands-on, the history that Mira Dock and others made through the City Beautiful Movement 100 years ago, and then turn around and get to show the world the cool things we saw and learned. Hopefully you learned something from the information that my classmates and I have presented to you. And hopefully this has inspired you to take advantage of visiting a local archives or museum near you, to experience in person the history that is not fully represented in the intersection of History and Digital History.