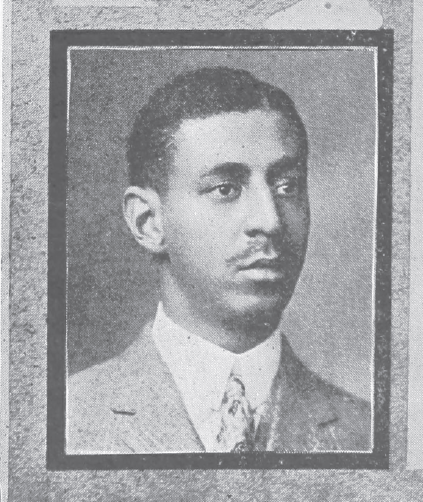 My Contribution: As a messenger, I was one of a select group of African Americans who worked in the State Capitol.

My Legacy: I participated in the Colored Voters League and worked in the Capitol as a messenger. My father was well-known in the Wesley Union A.M.E Zion Church and worked as a U.S. Consulate in San Domingo and France. While my father traveled and gained public notice, I preferred to stay close to my family.

About Me: My family described me as a “marvelous father” and “a real home man.” (Obituary)

Connection to the Old Eighth Ward:

I moved to the Eighth Ward in 1891 and remained there until moving to Philadelphia in 1929 (Philadelphia Tribune, Obituary).

Occupations: Messenger for the Department of Public Printing and Binding on Capitol Hill.