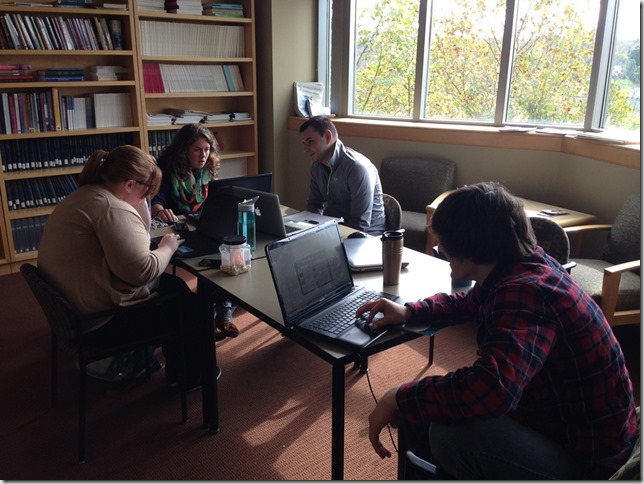 After the flurry of activity on this site last winter and spring, it may have come as a surprise that activity at this site would drop so abruptly in May. Behind the scenes, however, the Digital Harrisburg initiative has continued to develop and expand over the last sixth months in new and exciting ways. I’ve been meaning for some time to write an update and this is the first chance I’ve had.

At Messiah College, our project developed over the summer and fall through paid work studies positions supported by Messiah’s Diversity Affairs Office. A new program sponsored by the Center for Public Humanities called the “Messiah Public Humanities Student Fellows Program has moved beyond City Beautiful and City Social to consider Harrisburg history and culture in different lights. Additionally, I meet with three students every Monday from 12-2 to continue working on the demographic, archival, and geospatial data. Meanwhile, Harrisburg University of Science and Technology have been working hard on the GIS side of things.

Here are some outcomes so far:

1. The entire population of Harrisburg in 1900 has been keyed and exists in a massive Microsoft Access database. Rachel Carey, one of the students from last spring’s Digital History class and a Humanities student fellow, worked to key the remaining 50% of the population over the summer and early fall. She’s now moved on the 1910 census year and has created a preliminary data set for 65% of the population.

2. James Mueller, another Messiah College history major (and Public Humanities fellow), is working to normalize the database. For example, the “place of birth” field in the census data sometimes contains “New Jersey” and sometimes “NewJersey.” James is fixing these kinds of inconsistencies so we can query the data in accurate ways.

3. Rachel Morris, a senior major in Environmental Engineering at Messiah, has been working on the 1901 Harrisburg Title Company Atlas in GIS to continue the digitization efforts begun in Professor Jeff Erikson’s class last spring. She has created shape files for 95% of the buildings (residences and commercial) in Harrisburg at the turn of the century. She should have all the buildings digitized this week, and she will then work to make sure that all the census data in Access / Excel communicates with the polygons she’s created in GIS.

4. Professor Albert Sarvis of Harrisburg University has been working with GIS student Professor Dan Stolyarov to crop and correctly georeference the 1901 atlas, geocode properties by address ranges, and create a layer of streets in 1900 (from the modern street name). Professor Sarvis and Dan are working with us to connect census data with polygons. 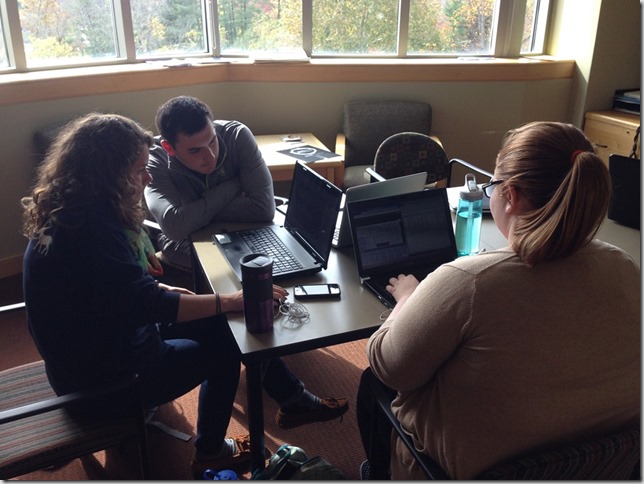 5. Members of the several initiatives above will be giving presentations in the next two weeks. This Saturday, a group of six from Messiah and Harrisburg University will present a talk at the Bucknell Digital Scholarship Conference’s which, this year, is exploring the theme “Collaborating Digitally: Engaging Students in Faculty Research”. Our talk is titled “Harrisburg’s City Beautiful Movement: Mapping the Growth and Transformation of the Pennsylvania State Capital” (read abstract here). Next Wednesday, Nov. 19, students will be presenting at the opening session of GIS Day at Harrisburg Area Community College on “GIS and the Harrisburg City Beautiful Movement.”

6. Other students from Messiah College’s Humanities Student Fellows Program have done some interesting work of public scholarship with different groups from Harrisburg. English majors Rachel Oellig and Emily Price have been working on something called “Poetry in Place” workshops in collaboration with local schools. Jonathan Wolf, an Area and Ethnic Studies major, has been working with several film students in Professor Nathan Skulstad’s Documentary Filmmaking class to interview original members of the Harrisburg Giants, one of the teams in the American Negro League. From what I’ve heard, the results so far have been energizing for many involved. I’ll see if I can get Professor Jean Corey, who coordinates the Humanities Student Fellows Program, to give some more information about these projects.

7. We’ve begun to have conversations with Jump Street, a non-profit “dedicated to developing educational and economic opportunities with the arts for all age groups” concerning the digitization of Harrisburg City Archives. The conversations are still in an early stage, and we’re hopeful that something will come out of this.

There are many more than this, but this gives the reader a sense of how quickly things are developing with local Digital Humanities projects in the region. I hope to update somewhat more regularly on this site as we have nearly constant updates concerning these initiatives.

One thought on “Digital Harrisburg Reboot”