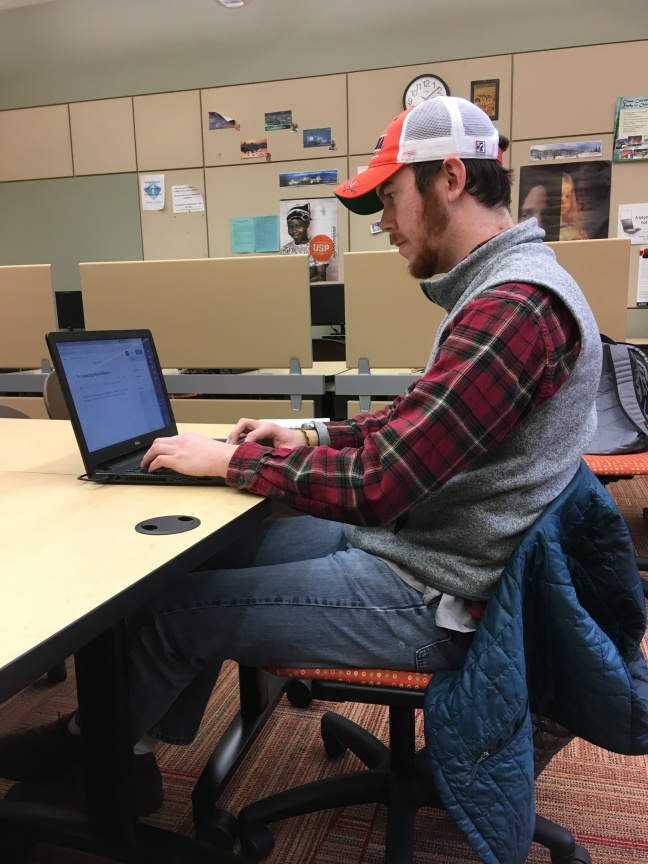 Hello everyone, I’m Mike Ritter, and I am a junior history major at Messiah College. I grew up in the Washington DC area, and I currently live in Falls Church, Virginia. I transferred to Messiah after studying for two years at Gordon College in Wenham, Massachusetts.

I was first drawn to history reading the non-fiction companions of the Magic Tree House as well as others books I was given to read as a kid. As it came time to choose my major, I declared a history major because it was my favorite subject in high school. But I’ve found that my love for history is rooted in something deeper. I’ve learned to love studying history because the people of history are people just like you and me. This common humanity that I’ve grown to love was not discovered over night, it was discovered while in high school, nurtured while at Gordon, and challenged in my time at Messiah. In my search for common humanity, my professors at Messiah have opened my eyes to the various things that make the human experience different from person to person, such as time period, culture, and others.

This J-Term, I am taking Digital History, looking closely at the City Beautiful Movement in Harrisburg, Pennsylvania during the early twentieth century.

We are using digital technologies to record analog records, the internet to find and catalog research sources, and using media outlets such as blogs, websites, and social media to post and share sources to mass audiences.

My expectations for the course were relatively low. I understood that digital technologies would play a part in how I would be looking at history, but I had no idea the scope or the extent to which digital technologies can help historians present their ideas to others. Within the first week, I was introduced to several new programs and websites including WordPress, Zotero, Omeka, and Twitter, to name a few. My professor explained how each of these sites can help me and my classmates research information and publish it to the world-wide web. I have accounts for all four platforms, and am excited to use each of them over the course of this course.

Relating to my passion and interest in the common humanity I share with the characters of history, I will be looking at some of the important figures who were instrumental to the City beautiful Movement in Harrisburg. Specifically, I will be researching Mira Lloyd Dock, and how her speech to the Harrisburg Board of Trade in 1900 sparked interest in the beautification of the city. I don’t know a lot about her and her times, but the research I will be conducting at the Pennsylvania State Archives and the Historical Society of Dauphin COunty Archives should prove invaluable. Conscious of the barriers of time, culture, and others, I look forward to finding common humanity with Mira Lloyd Dock and others who were important to the improvements of Harrisburg.

After a week of class, several themes have arisen in the class readings regarding the City Beautiful Movement. The first was the conflict between beauty and utility. There was inherent need for civic conservation at the outset of the City Beautiful Movement, as well as the necessity for improvements to the sanitation conditions, recurring flooding, and inadequately paved roads within the city line. Another theme was the educated elite who poured massive funding into the city. After the State Capitol building burned down in 1897, there were talks to relocate the Capital. The educated elite who had sunk so much money into the city had a lot to lose- it would be a giant loss for them if the Capital was moved from Harrisburg. The third was the displacement of the residents of the Old Eighth Ward. On the opposite end of the economic spectrum, there were many immigrant residents who had a lot to lose as well- their homes. Harrisburg was a remarkably diverse city during the City beautiful Movement, and there are many stories to be told from these residents who had to leave their homes during this time. The final one I will touch on is the work of Mira Lloyd Dock. She founded the Civic Club of Harrisburg with the intention of conserving Harrisburg’s park and recreation areas, but also was deeply concerned with the health of Harrisburg’s residents. She also tapped into the fears of the Educated Elite (she being educated herself), driving the “Inner Urban competitive Spirit” of those Elite.

In conclusion, there’s not a lot I know about this time period, but I have great resources at my fingertips and just a car drive up the road at my disposal to find out about the City Beautiful: Harrisburg, Pennsylvania. And I am looking forward to the process.