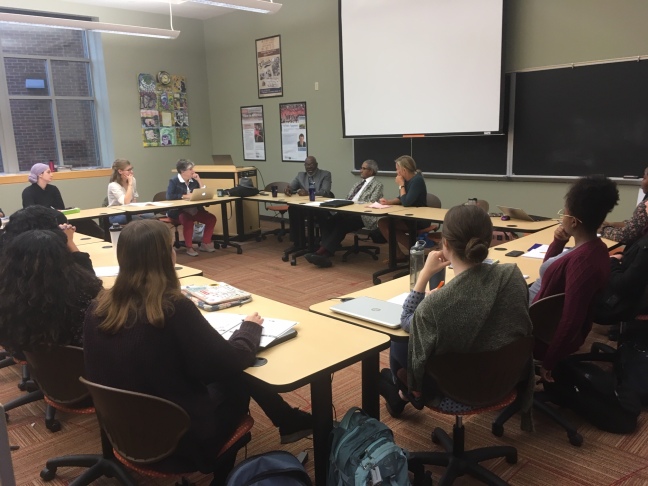 It’s been some time since our last general update on the Digital Harrisburg Initiative, but that is not for lack of trying. Over the last year, in fact, our operation at Messiah College has grown, and our teams have been buzzing in activities, projects, digital tools, meetings, research, and public collaborations with community partners. It’s the abundance of work more than its scarcity that has been behind the silence on our end.

Each week at Messiah College, Dr. Jean Corey (director of the Center for Public Humanities), Katie Wingert McArdle (coordinator of Digital Harrisburg and the Center for Public Humanities fellows program), and I meet several times with different student groups who hail from humanities disciplines such as English, history, ethnic and area studies, and politics, as well as the occasional computer science student. Meanwhile, over at Harrisburg University of Science and Technology, Professor Albert Sarvis continues to work with a team of geospatial technology students on the mapping components of the initiative.

So today, let me touch on a few of the highlights in our Digital Harrisburg initiative. In fact, I’ll just be scratching the surface here, since I won’t be saying everything, and each of the following anyway is a world unto itself. Some of these will warrant additional posts in the months ahead if or as we have time. At the very least, students in my digital history and digital humanities courses will follow up this week and next month with discussions of their own research.

Our major updates in the last year: