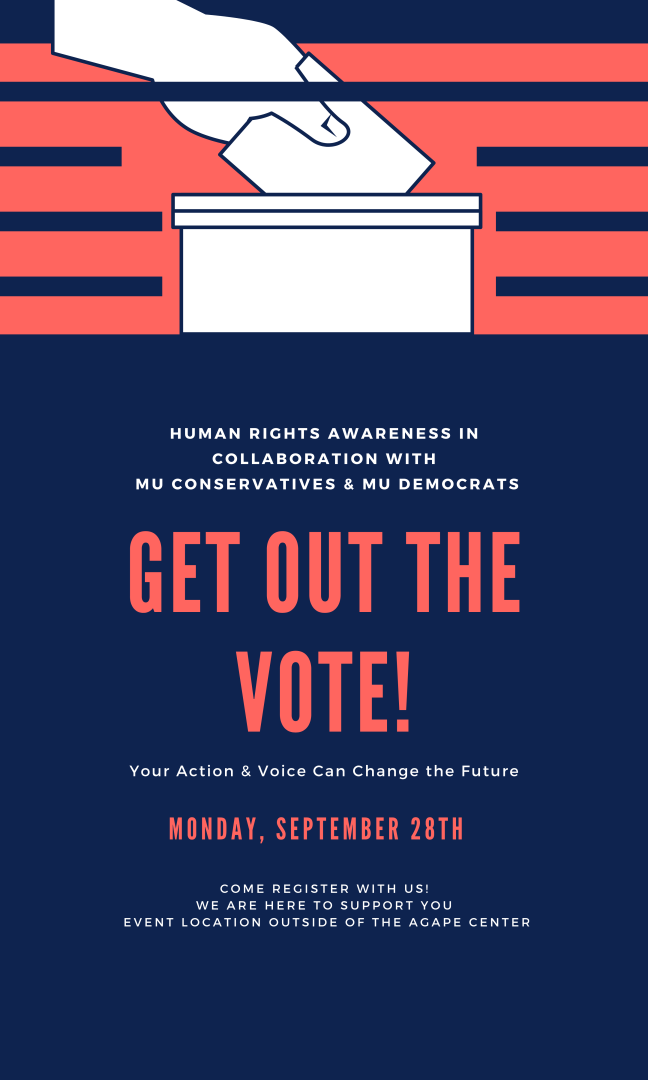 On campus, student volunteers provided information about voting, as well as the opportunity to register to vote or apply for a mail-in ballot if they had not already.

The Center for Public has also been posting a series with information about candidates running for office in PA’s 18 different districts. This information is updates daily on the CPH Instagram and Facebook pages.

Voting and participation in government is a core aspect of Digital Harrisburg! Since the very beginning of the 100 Voices project we have been reminded of the lives of the extraordinary individuals who lived over a century ago in Harrisburg’s Old Eighth Ward, who built their communities through organization and service and — for many — were unable to participate to the full extent of America’s democratic process due to their race or gender. As we advocate for the members of our community to partake in this year’s general election, we are continually grateful for the work of these amazing people who came before and built Harrisburg and surrounding area through their costly work and life-long commitment.

We are inspired by the likes of Maude Coleman (above) who founded the Phylis Wheatley branch of the Y.W.C.A. and fought relentlessly for safe working conditions in predominantly Black workspaces. We are heartened by the words of poets like Gwendolyn Bennet (whose magazine cover is shown in the bottom left) who published in Harrisburg newspapers and wrote ideas of hope into the public consciousness. We are encouraged by the progress that men like abolitionist and church leader John Q. Adams (two newspaper clippings discussing him are shown below) made.

The Men and Women of the 100 Voices lived in a time where Women and Minorities were not accepted as equal members of society and they didn’t take this lying down. They united to improve the place that they lived, organizing church groups to make change, founding social groups, and creating spaces to help those who needed it. Their stories and legacies continue to inspire the work we do and to inspire our community itself including our own University President and students. We honor them when we vote and participate, continuing their pursuit and America’s, of forming a more perfect Union.