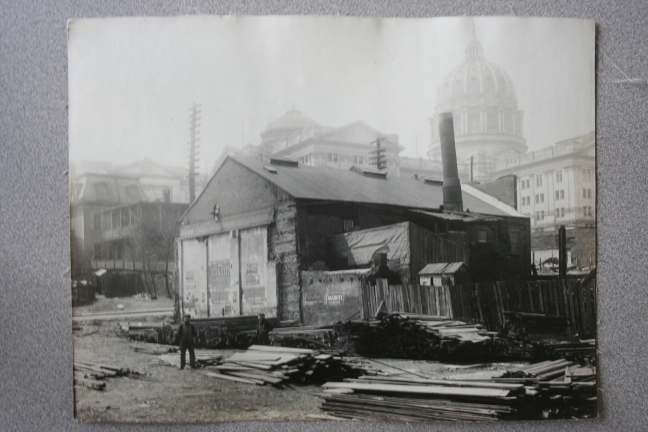 My name is Ned Kuczmynda, and I’m excited to finally introduce myself to you. I’m a sophomore English major at Messiah College. For the past few weeks I’ve had the privilege of becoming acquainted with the wonderful people and programs of The Digital Harrisburg Initiative (DHI). I’d say I’ve been shown the ropes but such a comparison would be far disproportionate.  I’ve been handed some threads: a very minuscule component of a larger endeavor called The Commonwealth Monument Project memorializing Harrisburg’s Old Eighth Ward, a neighborhood that once stood in the place of the current Capitol Grounds.

Harrisburg’s first capitol building burned down in 1897.  After construction and dedication of the new capitol in 1906, lawmakers decided that the area surrounding the Capitol, including the Eighth Ward, should match the aesthetic of the new building. Legislators passed a motion to remove the neighborhood in the Old Eighth Ward and expand the Capitol Grounds between 1911 to 1917.

Popular media described the neighborhood as a hub of crime and illicit activity, a seedy area deserving of destruction.  The Commonwealth Monument Project aims, in the wake of historic injustice, to highlight the life in the Old Eighth: to build back up in hearts and minds those shops, houses and factories whose walls were torn down.

My assigned wing of this project involves filing through a series of high-resolution pictures of the Old Eighth circa 1911, from the Pennsylvania State Archives. I’m assigning each picture an address and noting its directional orientation; in partnership with Harrisburg University, we will use these images to create a Story Map virtual tour (think Google Street View, but with streets from last century).

By the end of this leg of the project, it has taken about fifteen hours to assign addresses and directions to 99 photographs.  As I’ve combed through the pictures I’ve experienced frustration with hard-to-locate photographs and elation when the puzzle is deciphered.  All of this is worth the investment for how it sheds light on the lives of real people displaced by the state.

The images of the Old Eighth preserved by the Pennsylvania State Archives take the viewer past the messy scrawl of a city map down to the ground-level of the bustling city.  There’s plenty to see of citizens hard at work, or relaxing on city benches, and scant evidence of crime or vice.  These pictures of people and places — just years away from being wiped off the map — inhabit a certain chilling quality, but for now they exist peacefully in sweet sepia. 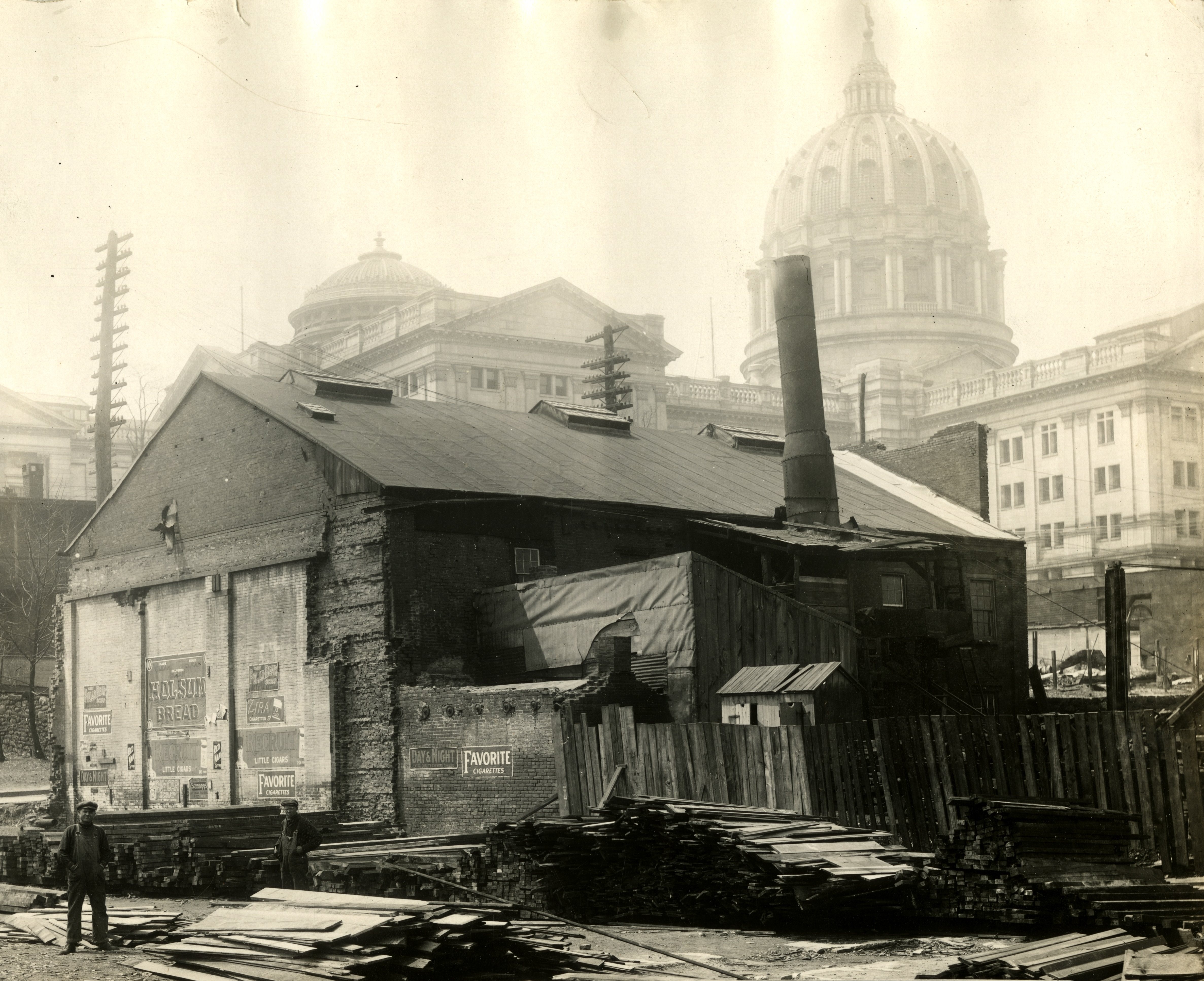 For me, none of the images is eerier than the image pictured here.  Two men work outside Cooper’s Foundry –dilapidated and rough around the edges — while the Capitol looms, pristine and ghostly in the background.

History remembers the Old Eighth as a place of vice.  However, my colleagues and I have simply seen too much evidence to the contrary.  Just as the scanning of images for examination has shown the Old Eighth in a new light, the Commonwealth Monument Project is zooming in, and heightening the resolution of our mental picture — rethinking the negativity that has surrounded this neighborhood for a century and showing us the honest humanity that truly resides in these streets.  We cannot bring back the Old Eighth, but we can honor the people and places that it once housed.