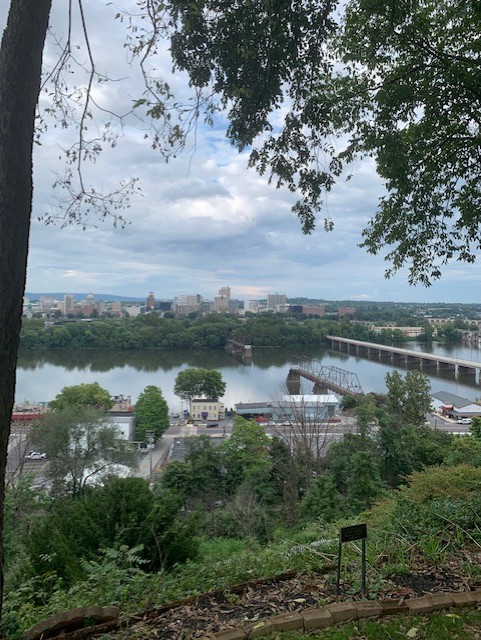 Now that my fifth semester at Messiah University is quickly coming to a close, I can definitively conclude that this has truly been the semester of leaving my comfort zone. Of course I’ve had to broaden my horizons at other points during my education – taking a math general education course as a history major, for example – but never before did I experience a semester where I seemingly had to throw everything that I understood about presenting history, my own major, out of the window in favor of methods that I feel less-than-confident with. I anticipate that most people will look back on their semester of taking Digital History and reflect primarily on the tangible skills that they’ve learned. While I certainly have learned many new skills throughout the duration of the class, from using databases to creating websites, I keep coming back to more personal lessons that I encountered along the way.

Admittedly, something that I could use a little bit more of is patience. I’ve always had a tendency to become frustrated and dejected whenever something doesn’t work out, which doesn’t exactly bode well for a class that has consisted of a great deal of trial and error. I’ve had to face numerous tests of my patience over the course of this Digital History semester, whether that meant struggling to log into my Omeka account or fighting with ArcGIS StoryMap to upload my images. All the while, I kept finding myself asking, “Why can’t I just be doing ‘normal’ history instead?”

As a matter of fact, digital history is “normal history.” It’s just as thoroughly researched and well-argued as any piece of historical writing; the only real difference between them is the format of presentation. Actually, digital history has an edge over the traditional book or journal article in the sense that it engages a public audience far more effectively. When was the last time you heard a non-historian say something along the lines of, “I’m interested in learning about the history of Cleveland, Ohio, so let me find a scholarly, peer-reviewed journal article about it?” Likely never, I’d have to guess. Rather, that person would turn to something like Cleveland Historical, which presents history in a way that’s clearly written, engaging with its use of images and other media, and highly accessible in the sense that anyone could understand how to read and use it.

Therefore, it’s extremely unfair to dismiss something so useful and revolutionary simply out of impatience. Even though diving heavily into technology is very much out of my comfort zone, I should have channeled that impatience into a desire to learn more about this increasingly influential area of history. Books, journal articles, and papers will always remain a staple of the field, but they don’t generate the public excitement that digital history does. If I want to become a well-rounded historian that’s ready to publicly share what she’s learned, then I need to be primed to craft digital history in a proper – as in, adhering to standards such as the inclusion of metadata – and effective way. This is the future of public history, and my Digital History class this semester has prepared me for it, whether my impatience was willing to admit that or not.

Over the course of the semester, I’ve had the opportunity to work on two large digital history projects, the first of which I’ve already written on. To briefly recap, I assisted Saving Our Ancestors’ Legacy (SOAL) in their restoration of Penbrook’s Lincoln Cemetery by helping out on the digital side of things, namely, laying the groundwork in ArcGIS for a digital interactive map that SOAL one day hopes to create.

My other project, by contrast, is entirely my own. Using research that I had conducted at the Pennsylvania State Archives and the Historical Society of Dauphin County, places that my classmates and I had the pleasure of visiting as part of our Digital History class, I put together a StoryMap detailing seven of the many church dedications that took place in Harrisburg during the first half of the 20th century. As I perused the dedication service programs and other primary sources, I noticed a trend: determination. Despite their obvious differences, all seven of these churches exhibited immense determination in some way or another, navigating through problems and setbacks of all kinds in order to keep their faiths alive. It’s amazing just how much the history of buildings can say about the people who built them, and that’s what I’ve explored in my project, The Buildings that Built Harrisburg’s Religious Communities.

Here’s the thing: my project likely wouldn’t have worked nearly as well if I didn’t execute it as part of my Digital History class. You can describe something with words all that you want, but nothing beats actually getting to see it with your own eyes. Viewers of my site are guided through a tour of sorts, being provided with the exact location of each church on a map, a historical photograph of each church, and a link leading them directly to the sources that I used for my research, all of which I digitized myself at the two aforementioned archives. A regular research paper wouldn’t have allowed me to engage my audience in the way that StoryMap did, serving as irrefutable evidence for the power of digital history.

Is digital history as a whole my cup of tea? Perhaps not, but it’s undeniably a valuable asset to the discipline, making history more accessible than it’s ever been in ways that traditional scholarship just can’t emulate.